Archive for the ‘Articles’ Category 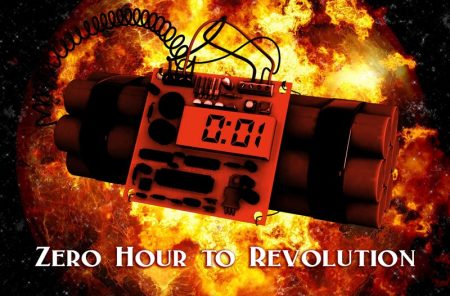 While I have supported Donald J. Trump I find it quite strange that he started killing jobs and the economy in the name of COVID-19 in March, first it was “Fourteen Days to Stop the Spread” then he changed his tune because of his advisers, “Thirty-Days to Stop the Spread” then instead of giving federal guidelines to the states he just cut the states loose to do whatever the hell they wanted to do, so governors became dictators local governments became their enforcers and the American people the VICTIMS.

He also claims that he “Shutdown” the economy, but that is not all together true. There is one segment of the economy that has been booming, and has NEVER closed, other than for Good Friday and that is the Stock Market.

For those of you who do not understand how the market works (this is true the world over) the markets in the U.S open every weekday morning as follows:

However, if you look at the link I put in, the markets are pretty much open 24/7.

Now, the people who work for the exchanges cannot work remotely, it’s impossible, these people are floor traders and runners there is NO way they can practice social distancing nor can they wear masks. The markets are broken up into what are called “Pits” in these “Pits” hundreds of people per pit, are yelling and screaming to traders, “Buy” “Sell” and this goes on ALL day.

Yet we haven’t heard of a single case of COVID-19 infecting or killing anyone in the market… isn’t that odd? Are they immune? Trading stocks on the exchange is still a human feat you can place your orders online to buy and sell but when the rubber meets the road, that order is executed by a living human being on the floor of the stock market, and they haven’t been shut down…. could it be because the 1% control the world; and that while we the 99% suffer, unemployment, food rationing, odious restrictions of our constitutional rights, our small businesses the backbone of the American economy, devastated many NEVER to reopen, Americans on the edge of losing their homes whether, they have a mortgage or they rent, there is NO income and people can’t live without an income, those bills keep coming in and millions are on the brink of homelessness. We are nothing more than pawns to be manipulated through fear and misinformation in order to control US and the tool is the specter of COVID-19.

The 1% are doing GREAT, the stock market is rising, stocks are strong and people are making millions even billions of dollars, but not US. So, what really is going on, could it be that our masters the 1% have figured out a way to strike down our civil rights? Control the masses through terror using a biased MSM to spread as much misinformation as possible to terrify the American people about a virus that was WAY over hyped and that changes from day to day on how deadly it is aided by the new world superpower social media for their bidding?

Let’s look at a little history, in 2009 then Vice President Joe Biden was put in charge of the H1N1 pandemic that killed 150 thousand Americans, and sickened over 60 million people worldwide remember when they closed down the economy? Me either, how about, the Chinese SARS outbreak of 03, nope, wait how about the flu H2N2 virus pandemic of 58-59 globally one point one million people died and 166,000 in the US, do you remember when the government closed down the economy then? Neither do I, how about the Spanish Flu Pandemic of 1918-1919 that killed 675,000 in the US infected 500 million people worldwide a quarter of the world’s population at the time, and globally killed 50 million people did they close down the world economy and US economy? NO!

So, what makes SARS-COV-2 now COVID-19 so deadly, so dangerous, that the entire country and world had to be shut down, and the rights of Americans be trampled, business forced by government to close, schools shuddered, people ordered to shelter in their homes, forcibly wear masks, gloves, compulsively wash their hands? Not a damn thing this virus is NOTHING!

As of this writing, COVID-19 has infected 2.2 million people worldwide, and the worldwide death toll is 287,000, the US death toll is supposedly, according to the US government, 82,000 deaths, so of the global death toll, the US has had 31% of the total deaths in the world? China is not even factored into these numbers as no one knows how many have died in the communist country. So, in the US, out of a national population of 335 million people, 82,000 have died of COVID-19. More people die in the US of heart attacks, cancer, stroke and suicide a day than have died of COVID-19 total to date, so in perspective, the percentage of people nationwide who have died of COVID-19 is, 0.07% (I tried to factor the number it’s actually more like 0.007%) so COVID-19 is a threat to Americans? Um… NO… the government on the other hand IS!

Based on the history I just provided it can be easily researched and validated it what the government did, NEVER SHOULD HAVE HAPPENED! Yet we did not even put up any resistance the American people bought this garbage hook, line, and sinker how on earth could the American people roll over and give up their constitutional rights?

It is in fact, unheard of the, U.S. Constitution was framed by the founders to keep this from happening yet it did and we are at the point of no return, for the first time since the American Revolutionary War, the rights of the people have been stripped from them and they allowed it. What is the solution?

Thomas Jefferson foresaw this situation when he wrote, “The tree of liberty must be refreshed from time, to time, with the blood of patriots and tyrants.”

Well my fellow Americans we are there, we have only two choices bow to our new masters and allow the government to strip us of our rights (this is a precedent setting moment in U.S. history it has opened the door allowing federal, state, and local governments to forever be our masters and strip us of not only our constitutional rights but our dignity and our sovereignty) if left alone government has taken over, and the United States of America has ceased to exist.

The other option? It is the most distasteful and haunting of ALL, that is to FIGHT, to take back our freedom, and by FIGHT, I’m not talking about holding a sign or pouting around government offices, it means that Americans across this country pick up and bear arms and take down the government, federal, state, local. There are no other good options, the people have no voice government now controls every aspect of our lives there is no diplomacy, its fight or be slaves to tyrants, who as of right now, can tell you were can and can’t go, what you can and can’t do, were you can and can’t eat, gather, worship, celebrate, what businesses are allowed to be open under strict government control, with swift harsh punishments for any who disobey, you can be arrested and imprisoned by your new masters you must obey their will and laws, as they create them and as they see fit to impose them on you at their will and you have NO recourse.

As of this moment, freedom is on life support, and government has the power to pull the plug. We have only two options surrender our freedom, or FIGHT, to save and preserve it!

‎A recent article I came across on ABC: Read It Here

Now for my thoughts:

Jerry Brown is a recurrent nightmare for California. This idiot was governor of California after Reagan was elected president in 1981. He is a perfect example of the old saying, “He who forgets the past is doomed to repeat it.”

I do believe that Jerry Brown has some form of dementia. He’s old; he rarely makes sense, now he has just made California the most dangerous state in the U.S. for its law abiding citizens. San Bernardino is the murder capital of California followed by Oakland. Both cities also have the most corrupt police departments in the state.

These laws are not going to do anything but put law abiding citizens in even more danger.

Brown and his ‘demoncratic’ cohorts don’t get it. Criminals don’t obey laws. That’s why they are criminals. His ban, and demand that law abiding citizens give up their second amendment rights and surrender their ammunition clips, which hold more than ten rounds, to the state, is nuts. Why not pass a law that California is a “gun-free zone?” Then criminals and mass killers could just murder with impunity as ALL citizens would be ‘unarmed.’ Jerry Brown is either a complete moron or does have some form of dementia or Alzheimer’s disease.

No one is going to give up their weapons and ammunition clips. These laws will be overturned by the courts before they ever go into effect. If any of this were to go into effect, the only thing that Brown and the ‘demoncrats’ will have done is made this state more dangerous for law abiding citizens while strengthening the criminal element. Jerry Brown is the most dangerous governor in U.S. history. He and his ‘demoncrat’ bedfellows live in some make believe world where they think that laws like this will save lives. They won’t…they will only weaken an already weakened law abiding gun owners’ rights and leave law abiding citizens easy prey for criminals.

Tips on how to self publish are everywhere. Even in self-published books guaranteed to make you a hit! And while everyone is trying their hardest to break into the world of self-publishing, Roy A. Teel Jr. has been at it for years.

On March 14th,  Roy was interviewed for the Strand Mystery Magazine website in an article titled;

The article begins with some background on Roy before diving into his great tips.

“I began self-publishing in 2004, long before Kindles and Nooks, back when email, personal websites, and social media were in their infancy. Before I opted to self-publish, I worked hard to find a publisher or agent. I sent out query letters using guidebooks such as Writer’s Market and spent thousands of dollars mailing manuscripts only to receive boilerplate rejection letters. In the beginning, I really doubted myself, thinking, Is my writing that bad? Do I not have what it takes to be an author? The reality was, I was attempting to do what many people told me was impossible: to get a book deal or land an agent to help sell my writing.

There was nothing wrong with my writing. I was simply competing in the now-archaic traditional publishing world where it’s more about “who you know” than what you wrote. It was the order of the day, and the rules were set by the “Old Boys and Girls Club,” those traditional publishers and agents known as gatekeepers. Happily, things have changed. I now have more than twenty books in print, with great reviews on all of them, and have been accepted into the Authors Guild. I’ve earned my way into the company of some of the most respected authors, so I thought I’d share a few tips that have helped me, and I hope they’ll help you succeed as a self-published author.”