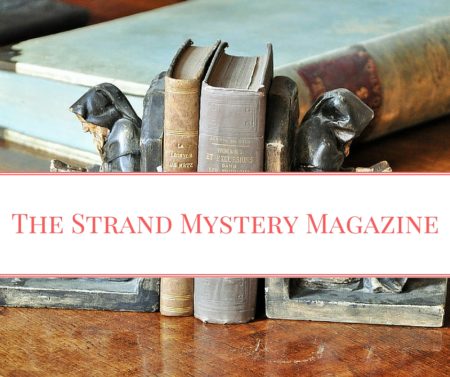 Tips on how to self publish are everywhere. Even in self-published books guaranteed to make you a hit! And while everyone is trying their hardest to break into the world of self-publishing, Roy A. Teel Jr. has been at it for years.

On March 14th,  Roy was interviewed for the Strand Mystery Magazine website in an article titled;

The article begins with some background on Roy before diving into his great tips.

“I began self-publishing in 2004, long before Kindles and Nooks, back when email, personal websites, and social media were in their infancy. Before I opted to self-publish, I worked hard to find a publisher or agent. I sent out query letters using guidebooks such as Writer’s Market and spent thousands of dollars mailing manuscripts only to receive boilerplate rejection letters. In the beginning, I really doubted myself, thinking, Is my writing that bad? Do I not have what it takes to be an author? The reality was, I was attempting to do what many people told me was impossible: to get a book deal or land an agent to help sell my writing.

There was nothing wrong with my writing. I was simply competing in the now-archaic traditional publishing world where it’s more about “who you know” than what you wrote. It was the order of the day, and the rules were set by the “Old Boys and Girls Club,” those traditional publishers and agents known as gatekeepers. Happily, things have changed. I now have more than twenty books in print, with great reviews on all of them, and have been accepted into the Authors Guild. I’ve earned my way into the company of some of the most respected authors, so I thought I’d share a few tips that have helped me, and I hope they’ll help you succeed as a self-published author.”